Of Wanderings and A Wedding

I’m alive! 🙂 My thoughts are so disorganized at the moment, so pardon this quick post. :p

I haven’t been in the radar for quite some time, because I just came back from a 10-day vacation in the Philippines. That was already a week ago, but I needed time to recover. Hahah!

I went home for my uncle’s wedding, and so did my brothers from California. In between family gatherings, I was able to squeeze in a dinner date with my bestie, Mae, whom I haven’t seen in ages; and coffee with my -mate, KV.

A quick visit to their home, and I was greeted by my cute inaanak, Riley. So sweet this boy is! ❤ Margaux, who is now a beautiful young lady, is such a loving ate to Ry. 🙂

Before Tito Roy and Tita Mhel’s wedding, I also had a quick trip to Baler with Leon. It was gloomy and rainy all throughout, but we still managed to explore the town.

We arrived at Ampere Beach at dawn, and were expecting to be greeted with the sunrise as the beautiful backdrop for this rocky shore. What do you know, the sun never showed up. Hahaha! The clouds were so thick, it was murky until noon. That didn’t stop me from taking pictures though, which actually turned out okay. 🙂 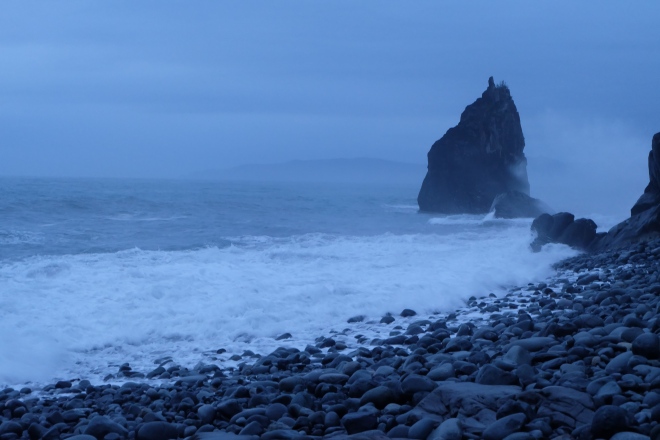 We spent the day eating lots of seafood, and visiting tourist spots aboard a trusty tricycle. It’s basically how you get around town, but I wouldn’t recommend it for long trips. My back really hurt after that afternoon field trip. 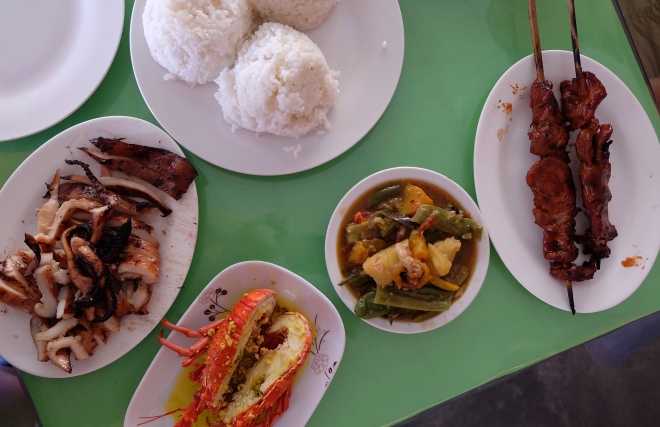 Since we started a bit late in the day, we didn’t have time to go to Ditumabo Falls, which they say is worth a visit. Instead, we went to nearby Cunayan Falls, which is not that big of a place, but is also a sight in itself. The water is so clean and fresh. I wanted to go for a swim, but it was too cold! 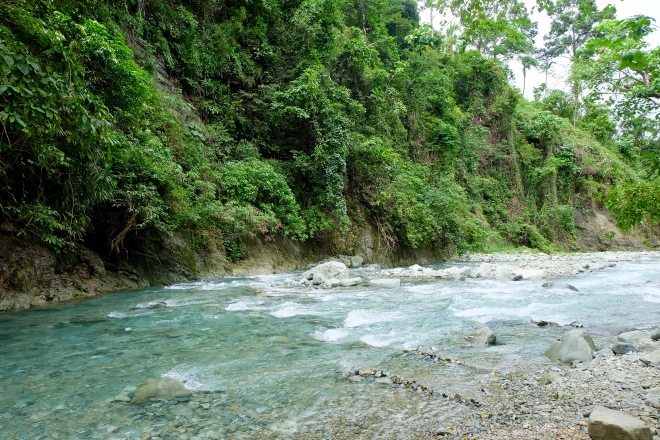 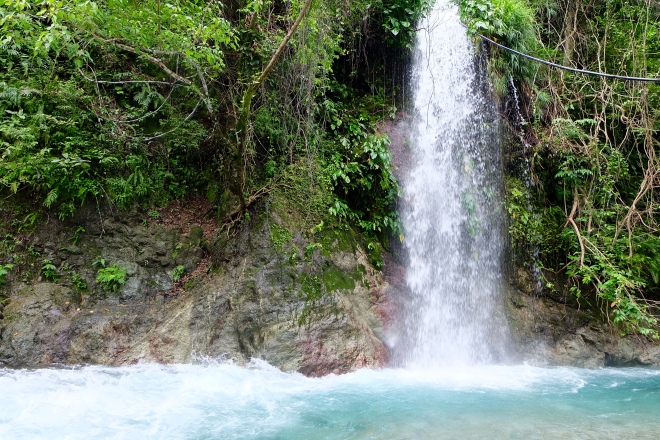 Baler was hit with a tsunami in 1735, and only a few families survived. This mural in Ermita Hill shows the survivors hiking to safety. 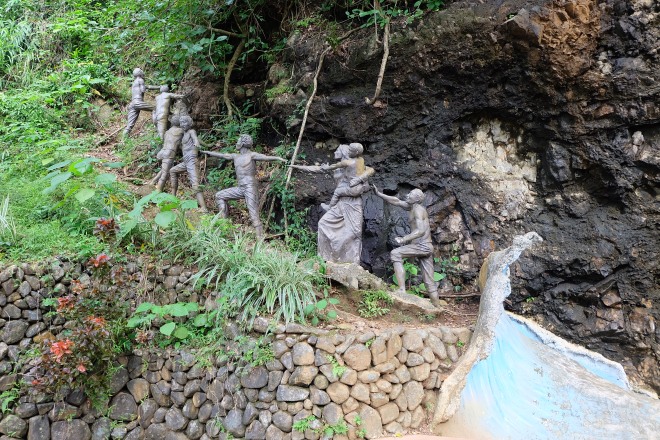 Our second day in town was spent waiting indoors for the rain to stop. :p It was a bit dangerous to surf for most part of the day because of the huge waves, but we were able to hit the water at about noon. Come night time, it started pouring again, but we were thankful for the experience. 🙂 Surfing pictures next time, when I’m not such a dork on a surf board anymore. Hahaha! 🙂

Two weeks is really not enough, but any more than that, and I’ll have a difficult time recovering from separation anxiety once I get back to work. 😀