Although there are a good many things to do in Perth, I wanted to just stroll in the nearby spots around the hotel where we’re staying in. Perth, the capital of Western Australia, is located at the southwest coast, and surrounding the Swan River; making my morning stroll what felt like a chilly and windy 10, even if the ground temperature read 23 degrees Celsius that day. 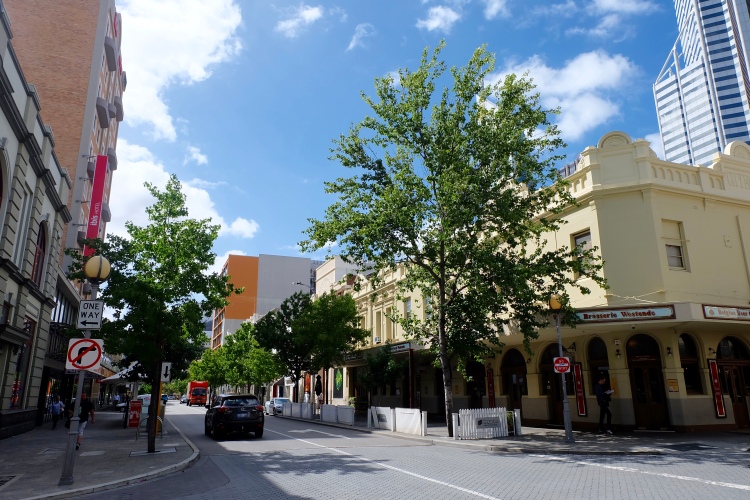 I’ve heard all raves about the food in Australia; but I kept my expectations at a minimum because of fear that it might not live up to my expectations. And how wrong I was!

A block away from our hotel, just a couple of minutes walk, is Fast Eddy’s – a 24-hour homegrown cafe, serving locals since the 70’s. I always look for nice breakfast places, and luckily, this one is among those with great reviews.

The place is quaint, with vintage country decor and interiors. Being that it was a Tuesday morning, I was alone for most part of my stay, until I was joined by one of my fellow cabin crew, Rechelyn, later on. It most probably gets packed during late afternoons, and on weekends. 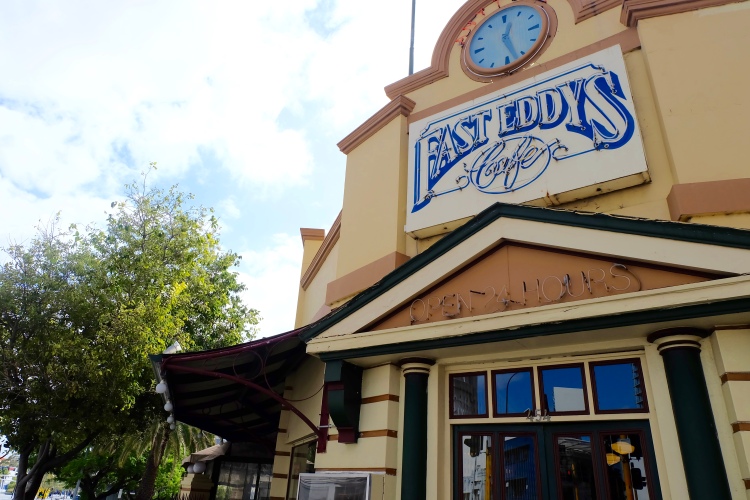 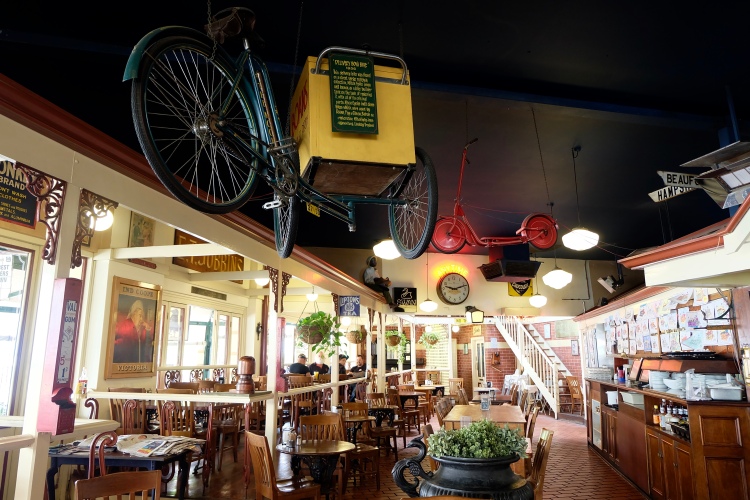 I asked for a cup of flat white, while I browsed through the menu. It was only a single page of simple, yet hearty dishes, that covers the basics of western cuisine – eggs and bacon, some steak, fish and chips; and, of course, gluten-free options.

I have to say, they do serve a mean flat white. Every sip was heaven! And I can only say this for a few of the many coffees I’ve tasted. Including that cappuccino I had in a side street stall in Rome, and an underrated latte from Porto’s in California. Not an expert, but just based on personal taste and preference. Me like my coffee strong and creamy. 🙂

Anyway, I ordered waffles, with a side of sausages.I assumed that the “sides” would only be a small portion (like in any normal restaurant), but I was served three huge pieces of sausage! Besides being so delicious, they were also perfectly char-grilled. The waffles could have been a bit crispier around the edges, but overall, it was really yummy. I guess I should have asked them to toast the waffle more, but I was already drooling by the time the waitress put the plate in front of me. 🙂

After we got our fill for the morning, we set out for Perth Zoo, which is just across the river. We took a ferry from Elizabeth Quay, and it took only 5 minutes to get to the other side. From the port, it’s literally a walk through the park (Windsor Park), to get to the zoo. More on Australian wildlife next time though. 🙂 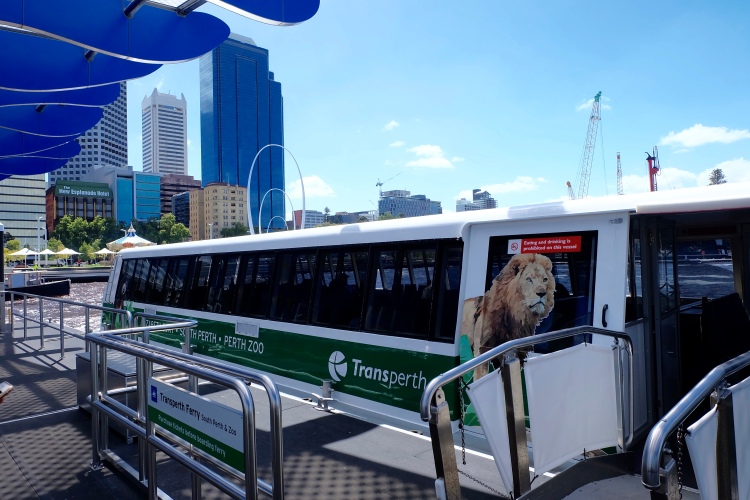 Once we crossed back to Elizabeth Quay, I saw a small burger shack by the ferry station. Well, it was already past lunch time, so of course, I HAD TO. :))

It may be that I was just hungry and I’m exaggerating, but V Burger is one of the best burgers ever!!! I had the Classic, with just the prime beef patty, lettuce, and cheddar slice, and what might be the secret to this burger’s awesomeness – their house aioli sauce. I was literally saying, “Ang sarap!” with every bite. Rechelyn was laughing at me. :))

We walked back, taking in the sights and the relaxed Perth vibe, with happy hearts and full stomachs.

I love how pedestrian-friendly this city is, and Perth is just so chill! Is it the same for other Australian cities? Can’t wait to go back! 🙂