Rome is one of those places which however many times you visit, will never ever lose its charm. The last time I went out and took tourist pictures of the famous landmarks in the city was in 2012, although I had come back quite a few times after that.

I make sure to always pass by The Colosseo and Fontana di Trevi every chance I get. Not to take photos and fight my way through the crowd, but just to admire the magnificence of the structures. Being a “tired” generation of flight attendants, people just want to relax and stay in the hotel most of the time, especially if we’ve been to the same place over and over again. Not in Rome, no sir. Every time you see the ruins and artworks of eras past, it will always feel like the first time. 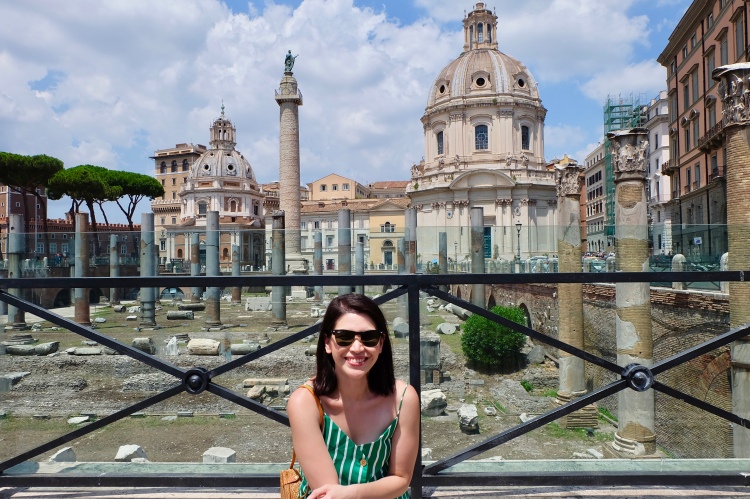 I am usually averse to crowds, and I hate it, absolutely hate it, when other people are bumping into me (personal space is sacred, you know); but since these places are too beautiful, you will never see them without people. And it’s okay. The feeling of awe is still the same. 🙂

Rome (as with the rest of Italy), is one of, if not the best in Europe. And I haven’t even started with The Vatican yet! That deserves a separate post all in itself. 🙂 If you’ll be visiting in the summer, bring a cover-up if you plan to wear spaghetti straps, tube tops, or short shorts/skirts. They won’t let you in churches and other religious places otherwise. Second time it’s happened to me, that’s why I wasn’t able to go inside The Pantheon again! 😅  I totally forgot that it was transformed from a Roman temple to a Catholic church.